When you make films or videos you generate an enormous amount of material –
at least I do: videotapes on every possible format, photographs, scripts, research notes, journals, press clippings, sound-recordings, film tests, design drawings, storyboards, volumes of correspondence, budgets, legal contracts, etc. And you seem to build up as much material for the projects that weren’t made as for those that were. It’s sometimes a very fine line between a project that remains permanently in development and a project that gets completed. Several films I made very nearly weren’t made. Others that looked ready to go just couldn’t jump the final hurdle.

At a certain point all this material becomes a bit overwhelming. It has to be sorted, culled, some of it binned.

At a certain point all this material becomes a bit overwhelming. It has to be sorted, culled, some of it binned. Some people bin the lot. I was never able to do that because somehow there were other films buried in there, what I call shadow films. Looked at again, years later, these fragments seem almost films in themselves or part of one vast mosaic film.

At a certain point all this material becomes a bit overwhelming.
— RON PECK

Over the last two years I more-or-less went through everything. I found a lot of material that seemed important to preserve, at very least as a historic record of people, places and activities. I made all kinds of rediscoveries. There was a tape of an evening recorded at Benjy’s nightclub in Mile End, shot in 1984, as part of the research and development of Empire State. Material shot in East London’s Docklands before its wholesale redevelopment took off. There were all kinds of tests shot in Newcastle, Geneva, Moscow, Kiev, the Grand Canyon and many cities across America. Other things… A frightening interview with a renegade agent on the run. Musical soundtracks. Design drawings for an experimental film about actor Montgomery Clift. Video recordings of 600 military musicians playing in a giant choreography of movement in Normandy on D-Day. A male review troupe entertaining a hen night in Leicester. An interview with a prostitute. An arms exhibition selling every possible kind of weapon with gusto. 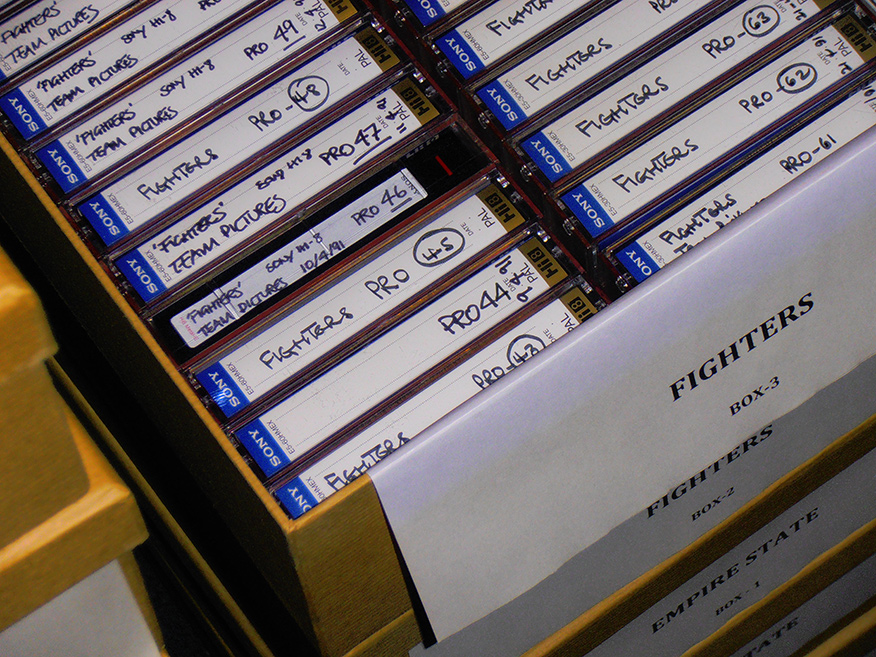 By far the largest part of the archive, was material shot in East London over almost 40 years

Most significant of all, and by far the largest part of the archive, was material shot in East London over almost 40 years. Perhaps 200 hours’ worth. 75% of it was shot for the boxing documentary Fighters. There was also material from many acting workshops run from Team Pictures’ studio in Mile End, seedbeds for films developed (and sometimes completed) after Fighters… East End stories of all kinds.

Most of this material was shot on earlier video formats that are now redundant. The speed of technological change has hastened their obsolescence and the machines that played them have all but vanished. What to do? You have to jump platforms, copy them from old formats to new formats. Go from analogue to digital. It’s a laborious and expensive process. But with the East London material particularly, shot mostly for projects developed by Team, it all somehow added up and interconnected, making it a large and complex picture of a community – and communities change these days as fast as video formats. It seemed an incredibly rich record of a time, a place and a culture.

I’m seeking help in archiving this material from the Heritage Lottery Fund so we’ll see what happens. I’ve suggested a project which not only preserves the East London material but generates new material too, to create a kind of dialogue with the archive, so that it’s not only a look back but also a look at the present. 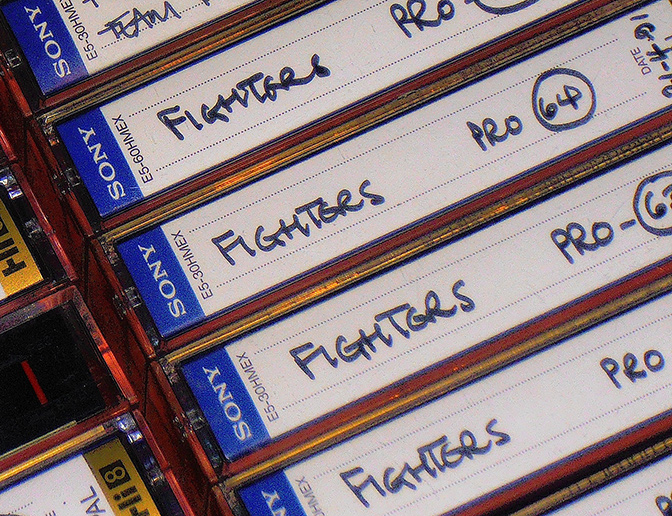 The archive will be put onto the website in stages filed under the film titles and more detailed information on the content will be found there under each film. As this website launches I have tried to give just a small sample from the archive and any feedback on what people make of it will be very welcome and useful. There is plenty more to come and the plan is to make more material regularly available.

It’s precious stuff. When Stefan Dickers, archivist at the Bishopsgate Institute, came to take a look at some of it he called it ‘gold dust’ and the physical materials will eventually all be deposited there for anyone who wants to take a fuller look. Based opposite Liverpool Street station, the Bishopsgate Institute houses a lot of material on East London and its history. It seems a logical home for everything.

In the meantime this site will present as much as it can and I hope you’ll find it interesting and rewarding to explore.

I’ve asked users to register to access the archive, which is free, to get some idea of the interest out there, to encourage feedback and to let people know as new material goes online.