This website is something of a new venture for me, an experiment. I created it, with much help, to make work I’ve done more available and accessible, to show previously unseen work but also to use it as a platform for projecting new work.

I see the site as a jigsaw, each piece coming from a project worked on over the last 40 plus years, with more pieces being added by stages to build a bigger picture, one that is still growing, so I hope visitors will return regularly to the site to see what ultimately emerges from it all.

The main content will be video, but there will also be photographs, scripts, press pieces, production material and some fresh reflections on the projects.

I wanted to start with three films developed in East London, particularly with Fighters, a documentary on local boxing made in 1991. I make it my jumping off point, a place from where I can more clearly look forward and also look back.

Looking back will later mean returning to the seventies and thinking again about Four Corners, the small independent production company four of us set up in Bethnal Green after leaving film school, a very rich and formative period for me. Our earliest films were small, carefully made pieces about people and places so easily passed by: a railway worker and an allotment site in Newham.

Later I made two fiction films, Nighthawks and Empire State, which were altogether on another scale, involving hundreds of people, studios, film stars  and sometimes helicopters and stunt men. 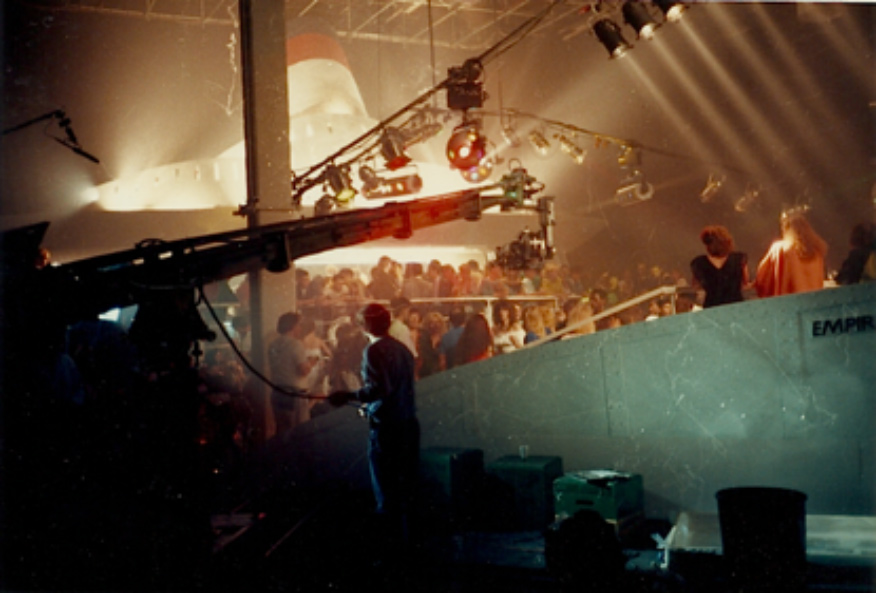 For Empire State a mock-up of an ocean liner was built as part of a nightclub. Photo by Adrian Carbutt.

These were some of the features of my landscape before Fighters.

But why start with Fighters? This site is being launched the same week that we celebrate the 25th anniversary of its first showing and a lot of the material being made available on the site is a rich archive of video shot for the film but never used in it or shown before. Some 6 or 7 hours is included on this site. There are about 150 hours of video in all, extraordinary stuff I think, including some strong and illuminating interviews, and I hope we can include a great deal more of it as the site grows.

Fighters was followed by Real Money and Cross-Channel, all three films featuring boxers and ex-boxers in the leading roles. New DVD editions of the first two are being launched on this anniversary and all three can be ordered as DVDs or streamed to view on this site. More films will follow.

All these titles were shot when I co-ran Team Pictures with producer and collaborator Mark Ayres. From Team’s studio, based in Mile End, we not only worked on documentary subjects but also ran acting workshops with non-professionals to generate dynamic dramatic fiction set locally. Much of this material will also appear on this site very soon. 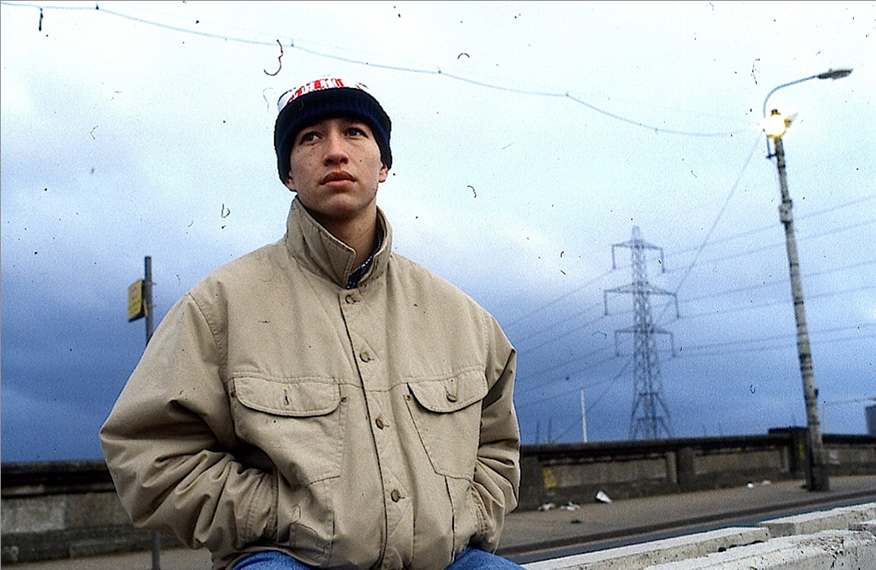 Steve Roberts in Real Money, which was developed from a studio workshop at Team; photo by Hugo Glendinning.

Team didn’t only work on East London subjects and its own history and work will be recorded in additional pieces to come.

I hope the content of the site overall will encourage users to follow a number of journeys and explorations made earlier by this filmmaker and his collaborators, often to some strange and remote places and sometimes to meet some remarkable people. I want it to be both a kind of cinema and a gallery, a place where you can just wander around and try things out.

The archive dimension of the site will be free-to-access. Users are asked to register so that we can get a measure of people’s interest and pass back information about new items appearing on the site. Completed films will be available here on a Pay-Per-View basis. If the site succeeds in fulfilling its ambitions, there will be a lot of material here eventually, a lifetime’s worth to get lost in, but the ‘Search’ facility will enable users to find and follow particular people and places if they want.

I don’t know if this jigsaw will ever be complete – I can’t quite imagine a last piece added that suddenly means it all make sense – but I hope you’ll find interesting things here, and that you’ll be excited, amused, reflective, shocked, but above all engaged. This is my new online home. Welcome.